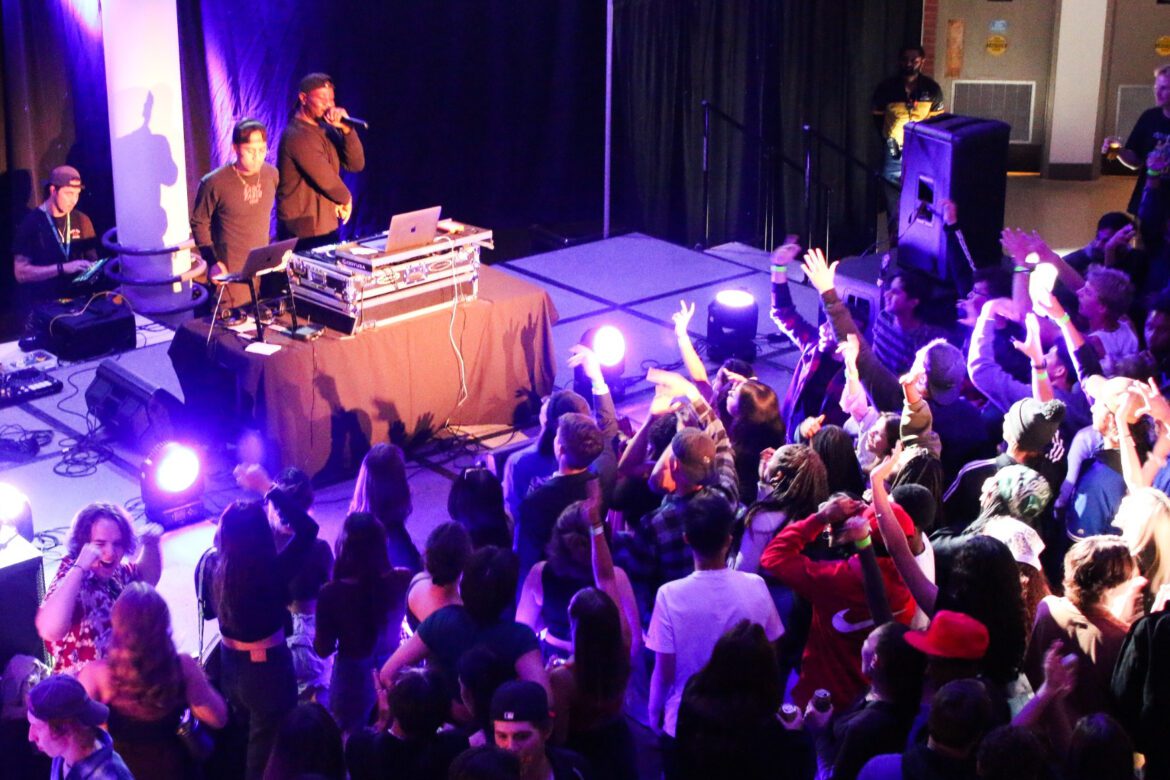 The Fall semester is done; you made it! Here at SAMRU, we want to sincerely commend you for your accomplishments this semester.

With the new year approaching, what better time to reflect on some of SAMRU’s biggest accomplishments and most popular events? Here are some highlights from 2022:

The Performance for Peace took place on the Wyckham House main stage in response to ongoing violence occurring worldwide. Here, we invited students of all faiths and backgrounds to help us foster a sense of community, promote peaceful and compassionate practice, and create a space to support community members affected by ongoing conflicts. We welcomed several great performers to the stage for this event as we thought about those in need of peace around the globe.

Beginning their roles in May, the 2022-23 Representation Executive Council (REC) was elected and announced on March 17th this past year.

These folks will continue their advocacy work into the new year until a new REC team is selected for 2023-24 in March.

For over 50 years, the annual SAMRU Awards (or Sammies) have recognized outstanding students for their contributions to the campus community.
SAMRU awards scholarships recognize students who have inspired and enhanced the lives of their fellow Mount Royal students. We are proud to present students with awards such as the Inspiring Culture Award, Citizenship Award, and Committed Learner Award, awarding over $40,000 in bursaries annually.
2022’s SAMRU Awards were held virtually and featured a theme based on the sitcom The Office. For this special edition of the Sammies, we got some help in the form of cameos from the hit show’s cast: actors Kate Flannery, Oscar Nunez, Brian Baumgartner, and Leslie David Baker congratulated recipients for their awards. You can watch the live stream here! 2022 SAMRU Awards
Applications for SAMRU Awards 2023 open on January 4th! Keep an eye out for instructions on how to apply here.

In a friendly wager over the Battle of Alberta between the Edmonton Oilers and the Calgary Flames, both Mount Royal and MacEwan University in Edmonton pledged $1,000 to the losing team’s campus food bank in an effort to combat food insecurity – in addition to raising the winning team’s flag on campus.
In the end, the Flames lost the series, and as such, MRU made a generous donation of $1,000 to MacEwan’s food bank while also making a $1,000 donation to the Peer Support Centre’s food and hygiene pantry.
MacEwan would ultimately decide to match this donation, resulting in a total of $4000 being donated to combat food insecurity on Alberta campuses. This story was covered by the Edmonton Journal.

SAMRU has a long history of platforming 2SLGBTQ+ initiatives, and this year was no exception!
While we aim to uplift and amplify the interests of marginalized students year-round, Pride is acknowledged nationally in June and locally in September, and so we ramped up our programming and celebrations in kind.

Each September, Calgary Pride kicks off Pride Week with a parade through downtown, and this year, SAMRU was proud to have our very own spot! The weather was great, spirits were high, and we greatly appreciated this chance to connect and celebrate with the community.
In time for the Fall semester, MRU’s pride crosswalk received an updated coat of paint in a more progressive direction. SAMRU’s Representation Executive Council (REC) President, Joseph Nguyen, got the chance to lend a hand!

Working in collaboration with the university, SAMRU implemented five Care Cupboards across the Lincoln Park campus in time for the start of the Fall semester.

Acting as an extension of the Peer Support Centre’s food and hygiene cupboard, students can access both refrigerated and non-perishable food, as well as essential personal hygiene items, at no charge. The Care Cupboards serve as SAMRU’s latest effort to increase barrier-free food security and access on campus.
On the university’s annual Giving Day in November, SAMRU received an incredibly generous donation of $15,000 from Canadian Natural. This donation will go directly to supporting student food security initiatives and stocking our Care Cupboards for the coming year. Check out our Blog on Care Cupboards to learn more and find a map of all 5 locations.

In September, we hosted the first-ever Wycked House Party to celebrate the return of in-person classes! Wyckham House’s food court was converted into a dance floor, and we hosted some great local talent to DJ the event.

The first Wycked House Party was a great success as we welcomed hundreds (nearly 1,000!) of MRU students through our doors. We heard your feedback, and Wycked House Party 2.0 returned in early December to celebrate the end of Fall classes!
These free events gave students a chance to kick back with friends old and new, and we sincerely hope that everyone who attended had a wycked time!

2022 was a big year for SAMRU – one full of memories and highlights to look back on. As we do, we’re left feeling refreshed and looking forward to what 2023 and the new semester have in store.

We’ve got some great events lined up that we can’t wait to share with you. Enjoy your break, and we’ll see you in the new year!