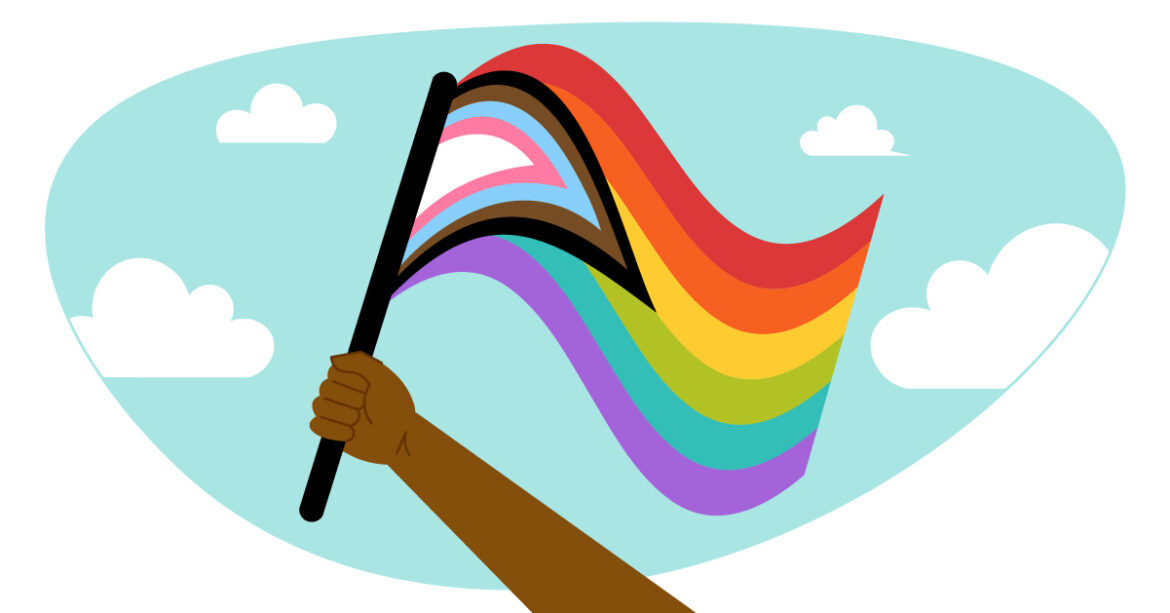 June marks Pride Month, a celebration of LGBTQ2S+ people worldwide! The month is a time to celebrate the community’s diversity and acknowledge and learn more about the hardships it has faced, the progress made, and the work that’s still left to do.

History of Pride in Calgary

Pride Month undoubtedly coincides with the Stonewall Riots of June 1969, an event that is thought to be the pinnacle turning point for the LGBTQ2S+ movement and advocacy worldwide. In 1997 Project Pride Calgary (PPC) was formed as an umbrella group to represent the city’s gay and lesbian organizations. According to Calgary Pride, the first Pride festival was held in June 1988 by a group of organizers under the PPC that liked to refer to themselves as a gay “Chamber of Commerce.” The PPC included organizations such as this Camp 181, Apollo, Metropolitan Community Church (MCC), Calgary Lesbian and Gay Political Action Guild (CLAGPAG), Rocky Mountain Singers and Gaylines.

In the 1990s, the PPC organizers wanted to use Pride as a way not only to celebrate and bring awareness to the community; they wanted to use the festivities to solidify opportunities for members of the community. The PPC Pride events doubled as fundraisers to get athletes to the Gay Games, held in Vancouver in 1990. As festivities became more publicized, members of the community feared attending because, at that time, you could be fired, evicted from your home, or denied services if you identified as gay, lesbian, or transgender. The issue was combated by encouraging participants to don lone ranger masks and paper bags over their heads to symbolize the importance and urgency of the cause.

At this point in history, the most significant barrier facing the LGBTQ2S+ community was its invisibility and silence, brought upon it by intense social stigma and systemic discrimination. The early formative years of Calgary Pride and activism were the fight to publicly declare oneself as part of the community and the ability to live and exist freely in society. In the early 2000s, the movement made ground by securing Conservative Prime Minister Joe Clark as its parade marshall. The month’s events were moved from June to September in 2009 in hopes of better weather and attendance; it was also the year that Pride transformed from a grassroots movement to an incorporated organization.

Pride in Calgary has grown significantly from the beginning of the grassroots movement started by the PPC to today, where Calgary Pride encourages the celebration of the LGBTQ2S+ community.

Are you looking to celebrate Pride Month? Check out some events happening in Calgary this June!

Films include documentaries, features, shorts, and animation with genres ranging from experimental horror to sci-fi musicals,   drama, comedy, youth, and everything in between. You are bound to find something that will pique your interest.

Immerse yourself in queer stories from across the globe for this ten-day film experience. Find more information here.

Drag Me to Prom

Attend the gay prom you never had! Enjoy drag shows every 30 minutes, DJs, a photo booth, 50/50 door prizes, and a drag king and queen contest at this event.

Kaffeeklatsch serves notable coffee in unique and unexpected places to facilitate social connections. It is dedicated to offering great coffee for Calgarians to share and enjoy.

Unlike the traditional cafe—which often serves no more purpose than a glorified take-out window or vending machine—Kaffeeklatsch encourages each coffee to become an invitation to chat. The cafe hosts many iconic and inclusive events, including the Pansy Queer Party, which happens monthly and showcases a variety of local DJs and artists. Kaffeeklatsch has become a staple in the community for artistic connection and expression.

Find out more about Kaffeeklatsch and check out the events calendar here!

Pride and celebrations continue throughout the summer. The larger Pride in September will feature programming that runs from August 26 to September 5, with the Pride parade happening on September 4.

The week will kick off with an event at Central Memorial Park and more programming to be announced soon.