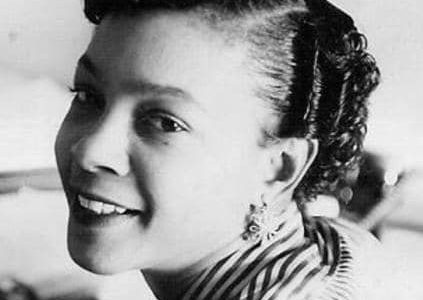 The piece below is a short essay submitted anonymously by an MRU student celebrating Dr. Inez Beverly Prosser as part of Black History Month. In the future SAMRU hopes to showcase more student work through the SAMRU Blog.

This excerpt about Dr. Inez Beverly Prosser was part of a longer essay about women in Psychology. The theme of the assignment was to imagine you sit on a board that is creating an award for students. You are to choose two inspirational or prominent women from history who studied or advanced the field of Psychology in some way and give arguments to why each woman deserved to have the award named after her. In doing research for this essay, I learned of Dr. Prosser, the first African American woman to earn her PhD in Psychology in USA in the early 20th century. I was a little surprised that this was my first time hearing her name, and I am glad I am able to share her story and hope others are as inspired as I was.

Inez Beverly Prosser was the oldest daughter born to an African American family in Texas around the year 1895 – although there is some debate around her actual birth year (Bazar, 2010). Like Hollingworth, Prosser graduated high school as a teen. By 1912, Inez had graduated from Prairie View State Normal and Industrial College (now Prairie View A&M University) with a teaching certificate

(Bazar, 2010). For African American women in the early 20th century, there would not be many options for career paths. This degree would have been enough for many women to earn as comfortable of a life as they were able to at the time, and Prosser did go on to teach at “so-called ‘coloured’ elementary and high schools around the Austin area.” (Bazar, 2010, para. 2). Evidently, this was not enough for Prosser – she wanted to earn her master’s degree.

At the time, the state of Texas was not offering graduate degrees to women of colour, but Inez would not let this hold her back; She would go on to receive her master’s degree of education from the University of Colorado (Bazar, 2010). This was especially difficult for Prosser since she did not have a bachelor’s degree and “…was required to complete undergraduate courses during the summers and by correspondence.” (Bazar, 2010, para. 3). Earning her master’s degree opened doors for Inez. She took a faculty position at Tillotson College back in Austin (Bazar, 2010), which came with its own challenges; There was an expectation for women of colour with graduate degrees to return to their homes to teach, and those who did “…found jobs more easily but were often expected to multitask. In her first college teaching job at Tillotson College, a Black college in Texas, Prosser served as dean, registrar, and professor of education.” (Johnston & Johnson, 2008, p. 56). Even a highly educated woman of colour would still be restricted by the circumstances of her birth.

You may be asking yourself, “Where does Psychology come into play here?”. Prosser did dedicate much of her educational career to education – teaching high school, getting her degree in education, and taking the teaching job at Tillotson. While Prosser’s focus was mainly on education, she did complete courses during her master’s program at the University of Colorado in Psychology – such as mental tests, and research methods – and her thesis was “The Comparative Reliability of Objective Tests in English Grammar,” a test Prosser created herself that “…examined the reliability of four different English grammar tests” that were administered to high school students (Bazar, 2010, para. 4). I believe a lot of her work was originally driven by the desire to maximize the efficiency of educating youth, but as she moved on to obtaining her PhD, her motivation seems to have grown to understanding, explaining, and describing the difference (if any) between the educational experience of African American children and white children.

After she left the University of Colorado, Prosser became registrar and faculty member of Tougaloo College near Jackson, Mississippi, before going on to enroll at the University of Cincinnati (Bazar, 2010). During this time, Prosser began work on her dissertation, the topic for which was a companion study to another doctoral dissertation titled “A Comparison of the Academic Achievement of Cincinnati Negroes in Segregated and Mixed Schools.” (Benjamin, 2005, p. 51). Prosser’s own dissertation was titled “Non-academic development of negro children in mixed and segregated schools,” and in 1933, she became “…the first African American woman to earn a doctoral degree in psychology.” (Bazar, 2010, para. 8). Sadly, only one year later at the age of 38, Inez Beverly Prosser would be killed in an automobile accident (Bazar 2010).

Inez Beverly Prosser worked her whole life in the pursuit of higher education for herself and her ten brothers and sisters, and the pursuit of better and more effective education for African American youth in America (Bazar, 2010). She did this while facing racism, discrimination, and limitations set upon her by an unjust system built in favor of her stark opposite. Her life should be known as an inspiration to any who are placed in the margins and must work ten times harder than their counterparts to get to the same seats. On her tombstone reads the inscription “How many hopes lie buried here.” (Bazar, 2010, para. 11). Truly, how many lives could she have affected, shaped, and influenced had her life not been tragically cut short. For all she had accomplished, and for all she may have achieved, I choose to name this scholarship after Dr. Inez Beverly Prosser.

*Images are not owned by SAMRU.