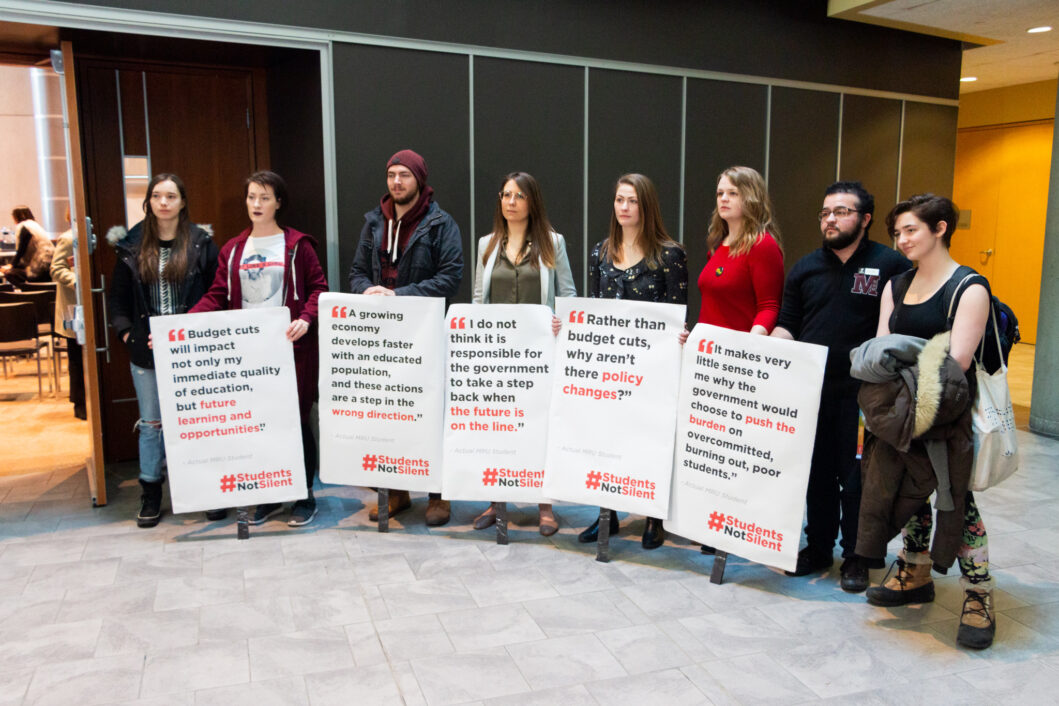 SAMRU’s Representation Executive Council arranged a silent demonstration at the MRU Board of Governor’s meeting yesterday, February 24th, to express concerns over the planned tuition increase. Here is SAMRU’s statement regarding that decision.

Calgary, AB February 24, 2020 — Today, the Mount Royal University Board of Governors approved a 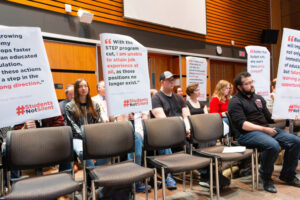 seven per cent tuition increase for the 2020-2021 school year, which translates to approximately $400more in tuition per full-time student. In response, the Representation Executive Council of the Students’Association of Mount Royal University (SAMRU) organized a silent protest that saw approximately 25 students fill the meeting room. A further 320 students signed a letter of support detailing their concerns. Students wanted board members to understand that these increases will adversely impact students’ well-being and their ability to contribute to Alberta’s economy once they graduate.

Students say that balancing the university’s budget on the backs of students could lead to further deterioration in student mental health and will impose an even larger and unplanned-for debt burden upon graduation. In 2018 one in two MRU graduates left university with significant debt, with the average amount owed being an astounding $29,941.

During the Board meeting, student representatives on the Board spoke on these concerns and voted against the tuition increase. 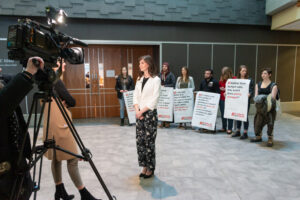 “The reason why tuition is drastically rising for students is due to the choices of the Alberta Government to allow tuition to increase while simultaneously cutting MRU’s budget” said SAMRU President Shayla Breen. “More than ever we need to investment in students, which in turn is an investment in our economy. Students will not be silent while they are forced to balance the budget for institutions in Alberta.”

Click here to view the Media Release and Backgrounder

Pride Month may be over, but the SAMRU Pride Centre remains!